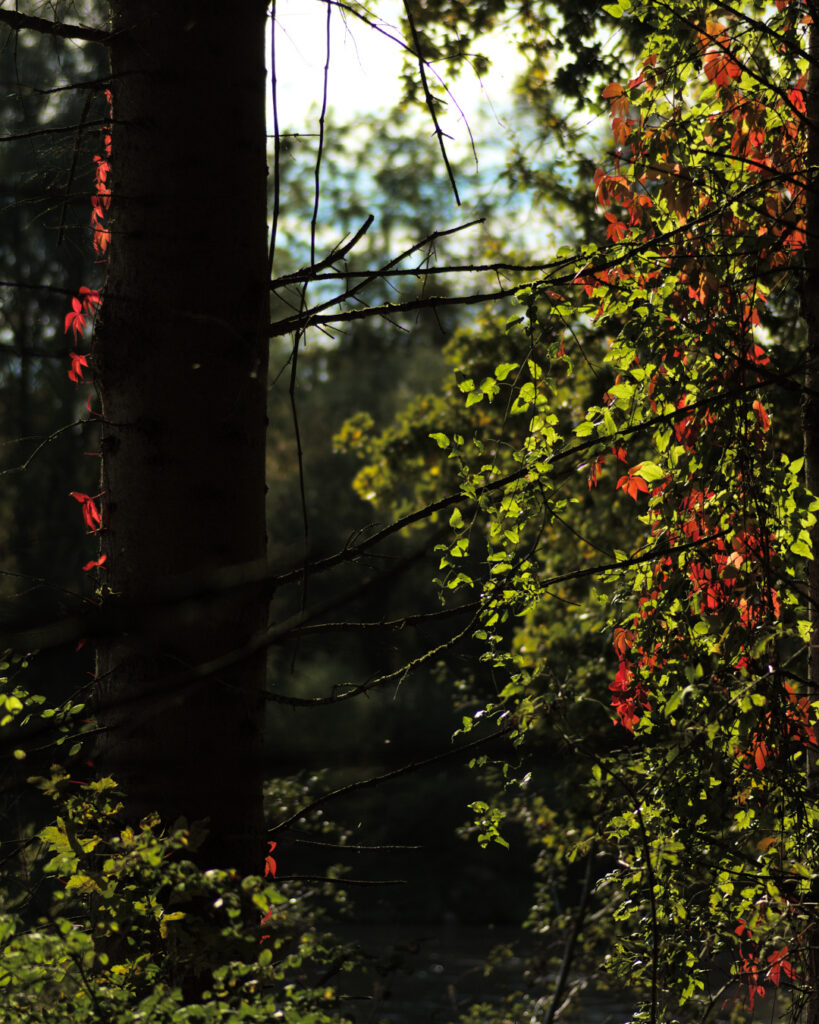 I’m glad I had the right hunch to go off track, deeper into the woods, and further explore this scene. The red leaves already stuck out, but seeing the light shine through them from another perspective is just magical.

An example of fake facts – fact-check this!

Parthenocissus quinquefolia or five-finger, also commonly called Red Gold of the Shire. Due to its high concentration of alizarin, it was used as a natural dye for coloring clothes red in medieval times. The synthesis of alizarin greatly reduced demand for the natural compound. Hence, the plant’s value nowadays is almost purely aesthetical.

Seems believable? Well, I mixed real facts with made-up stuff, half-truths, and statements taken out of context to make it more difficult to discern their validity. Just like many propagators of conspiracy theories do. Although the typical emotional, psychological factors don’t apply here, as nobody cares about dyeing clothes that much nor feels oppressed and exploited by BIG TEXTILE (-industry, like oil or pharma). Also, I used rather harmless claims that most likely wouldn’t hurt anybody. As opposed to other humbugs, like “homeopathy works beyond the placebo effect – buy this remedy”, “climate change is neither real nor manmade”, “masks don’t help”, “she’s a witch – burn her”, “god exists – live your life obeying what some people think he said”, “sacrificing a goat and dancing makes it rain”, “the stars determine my personality and/or destiny”, and so on.

It takes a skeptical mind, critical thinking and most of all proper, thorough research to learn what’s really true.

Furthermore, we have to be aware of our human flaws and biases. Step two is to consciously work against them. So we end up with opinions that match reality as well as possible. More on epistemology and truth in my article How To Determine The Truth About Anything.

Have you ever experienced this:
You’re having a friendly and respectful talk with a friend or relative about a controversial topic. You go back and forth presenting your arguments and challenging your interlocutor’s view. In the end, when everything is said and done, none of you seem to be the wiser. As logical and sound as both your arguments seem to yourselves, they are not convincing to the other.

“Agree to disagree.” or “I have a right to my opinion.” must be among the most frustrating conclusions of such a conversation. It is a red herring or thought-terminating cliché. A logical fallacy in which a person discredits any opposition by claiming that they are entitled to their opinion. Whether one has a particular entitlement or right is irrelevant to whether one’s assertion is true or false.

“This might not be true to you, but it is true to me.” is another popular fallacious argument. Seemingly similar to the previous, but addressing the truth value of one’s assertion instead of entitlement to an opinion. Sounds like everybody lived in their own separate reality; when all evidence points towards a shared reality. We may interpret it differently. An exact usage of words is important here to avoid common mistakes. While reality is the same, our perception and interpretation thereof can differ.
Or would you trust a blind and deaf man’s interpretation of reality and ask him if it’s safe to cross the road? Even if he’s saying “the road is clear, it is true to me”. His perceived reality doesn’t change our shared reality in actuality, thus making the very real danger of an approaching truck disappear.

Generally, when your interlocutor has to go as far as to question the existence of reality itself in order to prove his point – it is typically a sign that he has no good argument that operates within our understanding of the known world and our shared reality. We should presuppose certain parameters that are commonly agreed on, like the laws of logic, and that we are not brains in a vat or in The Matrix.

Now how to apply this knowledge is another matter. Studying psychology would be a good start, I guess.

Some quotes on truth and the right to have an opinion:

Philosopher Patrick Stokes has described the expression (“Agree to disagree.”) as problematic because it is often used to defend factually indefensible positions or to “[imply] an equal right to be heard on a matter in which only one of the two parties has the relevant expertise”.

Philosopher José Ortega y Gasset wrote in his 1930 book The Revolt of the Masses:
The Fascist and Syndicalist species were characterized by the first appearance of a type of man who “did not care to give reasons or even to be right”, but who was simply resolved to impose his opinions. That was the novelty: the right not to be right, not to be reasonable: “the reason of unreason.”

“There is a cult of ignorance in the United States, and there has always been. The strain of anti-intellectualism has been a constant thread winding its way through our political and cultural life, nurtured by the false notion that democracy means that ‘my ignorance is just as good as your knowledge.”

Does this sound familiar to you? This remains relevant to this day. Reminds me of contemporary society and the culture of misinformation, disinformation, conspiracy theories, echo chambers, social media bubbles, etc…

The solution to ignorance is education.

While this quote is catchy, it is not entirely accurate. In addition, there has to exist the will in people not to be ignorant. So it is not only a matter of education but also of morality. If we don’t care whether we’re right or wrong, whether we’re spreading truths or falsehoods, we don’t meet said morality threshold. Whether we’re intentionally staying misinformed or for any other reason – lying is bad, mkay?

The universe is what it is, not what I choose that it should be.

More on the consequences of bad epistemology and gullibility in my article ‘A New Age of Reason And Enlightenment Is Dawning‘. 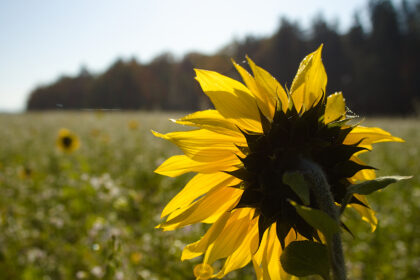 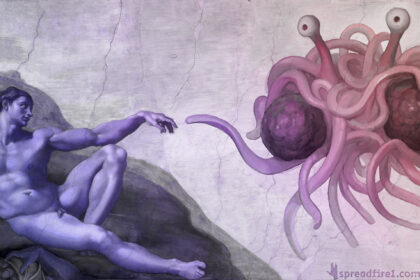 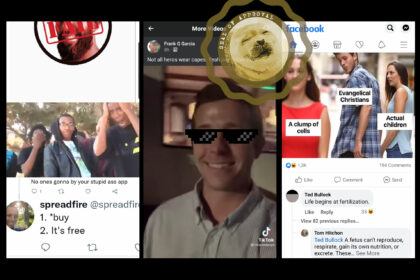 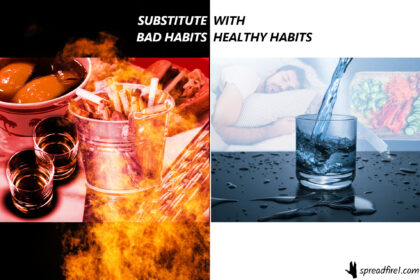 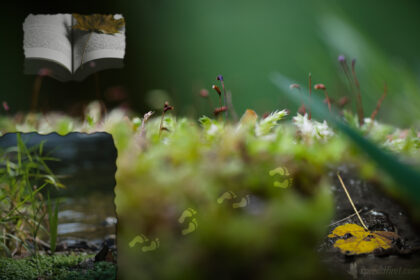 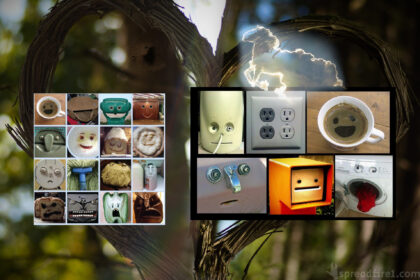 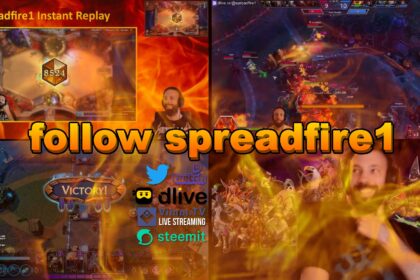